The Prince of Colour & Style

I’ve been doing a number of ‘developing confidence through colour’ and ‘defining your style’ events recently and was planning on using one of these ‘themes’ as the basis of a blog.  But it seems as if I’m meant to write about Prince instead (or is he still the Artist formally known as?!), because I find myself listening to “The most beautiful girl in the World” and finding out that there’s going to be a sing-a-long version of Purple Rain shown at a local cinema. So here goes:
“The most beautiful girl in the World” is on an album called “The Gold Experience” and suddenly I’m thinking about all the Prince songs featuring colours.  Personally, I can’t think of another artist who has done so many. I know of 11 Prince songs (I may have missed some?) that have a colour in the title, and these are: 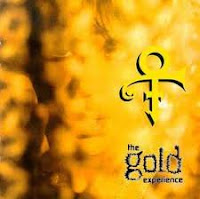 Hence why Prince is my ‘Prince of Colour’.
But it’s not just that I find many of his songs cool, and that he writes about colour - I actually do admire his style as he’s as ‘colourful’ with HIS style choices as his song titles.
Prince has been around longer than Madonna and changed image at least as often, you just have to look at his album covers to know that he is into how he looks. His suits are razor sharp, and he is not afraid to wear them in colour (often in unusual combinations). The man knows how to accessorise (from his guitar to pearls and elaborate rings) better than many women. With pattern & print, ruffles and polka dots, (not to mention his footwear!) he could come across as 'girly' (no bad thing) but somehow he just doesn’t - he just looks like a man who is confident enough to do his own style thing... And that style is pretty unique from the waistlines to heels (in which he looks comfortable and cool).
He is one of my many style icon because he is fearless, creative, ‘fierce, colourful and individual (not really my style personality).
So here’s the thing, he actually captures the essence of colour confidence and defining your own style (which is where I started this blog)... Ladies – take note, Gents – don’t be shy if you need heels! but remember whilst imitation is the highest form of flattering for someone else, when it comes to you...BE AUTHENTIC. 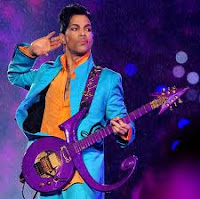 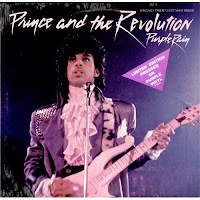 Posted by Denise Sanderson at 14:45

Email ThisBlogThis!Share to TwitterShare to FacebookShare to Pinterest
Labels: All about colour, Miscellaneous, Style